The prime minister’s wife says Scott Morrison is wrongly perceived as lacking empathy when he is actually focused and task-orientated, in a character defence of her husband in the lead-up to the federal election.

Mr Morrison’s personal standing has taken a hit in recent months, and Labor has repeatedly raised questions about his honesty and integrity. A series of polls shows the governing Liberal-led coalition is trailing Labor ahead of the election due by late May.

“He’s all about problem-solving so that can come across sometimes as serious, uncaring or lacking empathy,” Jenny Morrison told Nine’s 60 Minutes in an interview broadcast on Sunday.

“But it isn’t that at all – it’s seriously focused and task-orientated.”

Asked about his own perceived lack of empathy in response to the human cost of the COVID-19 pandemic, the prime minister said he bleeds “like everybody else”.

“I do it privately, and I do it quietly and I do it in the arms of my wife and family,” Mr Morrison said.

It has been a bruising period for the government which last week opted not to proceed with debate on the religious discrimination bill in the Senate due to a lack of support, making it unlikely the Liberals can fulfil an election promise to enact such laws.

Child sexual abuse survivor and former Australian of the Year Grace Tame has also been a vocal critic of the government’s handling of women’s safety issues.

Mr Morrison endured an awkward encounter with Ms Tame at a morning tea at The Lodge in January when she stood stony-faced during a photograph and appeared reluctant to shake his hand. 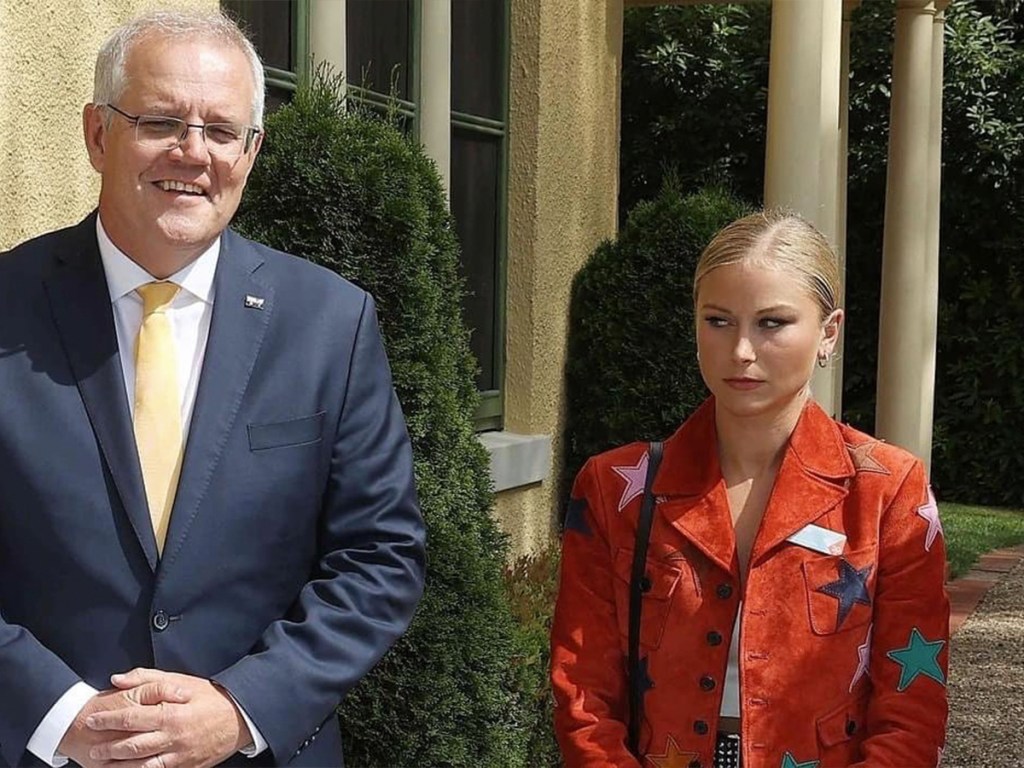 While Mr Morrison has previously brushed off the encounter, his wife said in the Nine interview that she wanted her own daughters to be respectful.

“I want my daughters to grow up to be fierce, strong, independent, amazing people. I think they can still do that and show kindness to other people and be polite and have manners,” she said.

Winning support from female voters will be crucial to Mr Morrison’s re-election ambitions. A Newspoll published online by The Australian on Sunday shows the Liberal-led coalition’s primary vote remains on a post-election record low of 34 per cent.

The “underdog” status claimed by Mr Morrison ahead of the 2022 election is not a new situation for the 53-year-old.

Ahead of the 2019 election, Mr Morrison’s government was behind in the polls after a messy leadership change. He promptly secured an election victory which he described as a “miracle”.

He said in the interview that doubters had been wrong before and “of course” he could win again.