The Queensland government has condemned this week’s Extinction Rebellion protests saying activists are putting themselves and others at risk and soaking up valuable police and emergency services resources.

Premier Annastacia Palaszczuk now plans to fast-track proposed laws to jail protesters for up to two years if they use “dangerous devices” such as drums with concrete and locks. 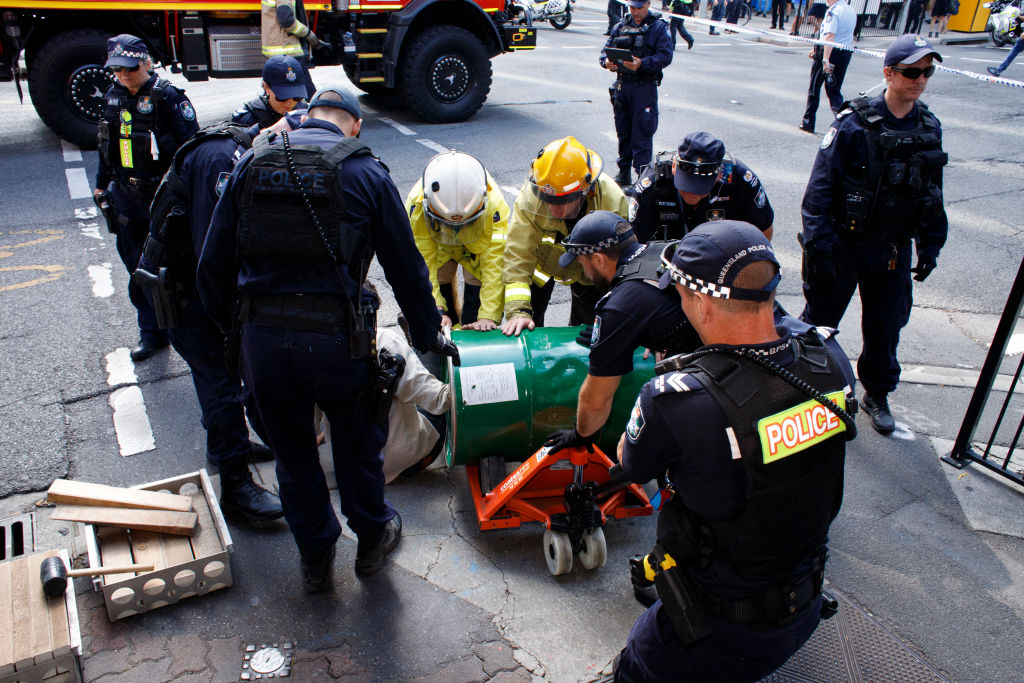 The laws will also give Queensland Police increased powers to search people for such devices.

“I say to protesters … ‘what if it was your mother or grandmother that was held up from getting to hospital because of your actions, blocking streets?’,” Ms Palaszczuk told The Courier-Mail on Wednesday.

“It’s time to get these laws passed. We will bypass the normal submissions period and get them promulgated within days.”

On Tuesday, 10 Extinction Rebellion protesters – including Paul Jukes, who suspended himself in a hammock from Brisbane’s Story Bridge – were arrested and charged after blocking roads, chaining themselves to fences and attaching themselves to devices such as drums filled with cement.

The protests are part of a week of action across Australia by activists trying to force the federal and state governments to declare a “climate emergency” and reduce greenhouse gas emissions to zero within five years.