Tim Tszyu has announced himself as Australia’s next boxing force, impressively navigating his greatest test to stop Jeff Horn after eight rounds in Townsville.

The dominant super-welterweight win extend Tszyu’s career unbeaten streak to 16, the latest coming on the biggest stage yet at a rowdy Queensland Country Bank Stadium on Wednesday night.

Horn entered with confidence but was clumsy early, Tszyu holding is own in the first two rounds before stamping his mark in the dominant third.

He landed two clean blows, the former world champion stunned after slipping twice and being knocked down again late in the round.

Horn rallied with crowd support through the later rounds but was unable to land enough significant blows.

Three years after toppling Manny Pacquiao at a packed Suncorp Stadium, Horn admitted he felt relief when the official stopped their super-welterweight bout ahead of the ninth round.

Jeff Horn was humbled in a changing of the guard loss to Tim Tszyu in Townsville on Wednesday.

In the ring after his win Tszyu said, “But all respect to Jeff … it’s an honour to sell out a stadium like this with another Australian, but this is a young man’s sport and I was better.”

Horn, 32, and with three losses from his last five fights, faces a tough decision about whether or not to box on.

An emotional Horn said it was time to go home and hug his two daughters, not willing to make a call yet on his future. 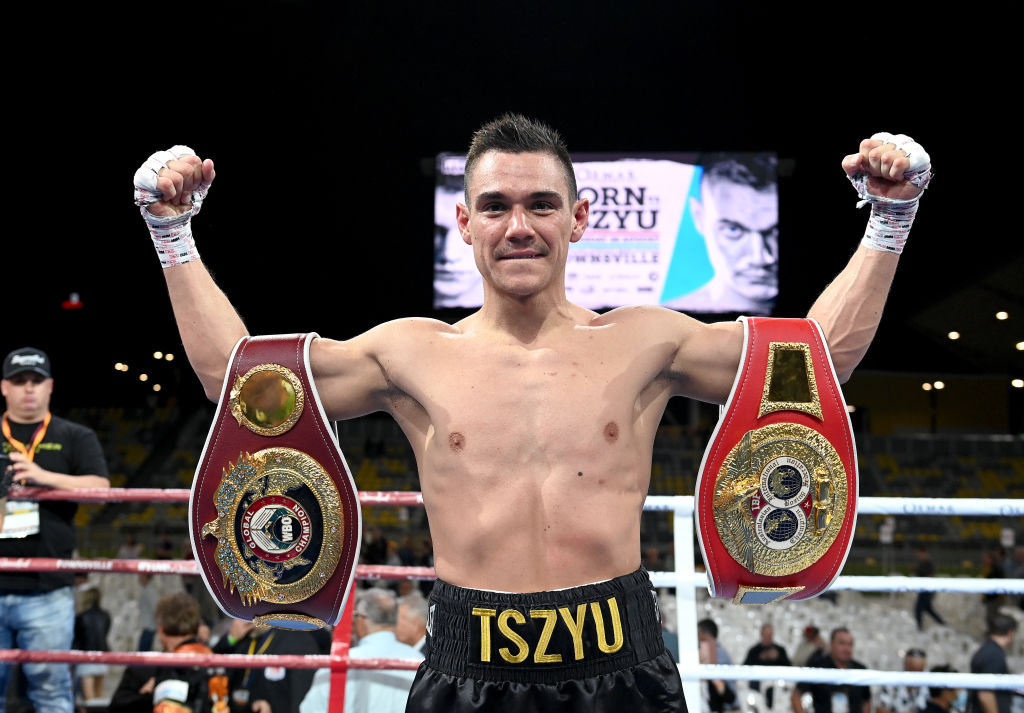 Tim Tszyu celebrates victory in his fight against Jeff Horn at QCB Stadium on August 26, 2020 in Townsville, Australia. (Photo by: Bradley Kanaris/Getty Images)

“He was very good; he made me look silly out there,” Horn said.

“It was a surprise how good he was… I was slightly off on my attacks but that was down to him as well.

“But it was more of a relief than anything that the referee was saying he’d seen enough. I was like ‘alright’.”

Listen to Robin, Terry & Bob chat about the fight below:

How Many Text Messages Do Kids/Teens Send In A Day? 📱

What Is The Perfect Remedy For Tez's 'Scratchie' Throat'? 🥃

Debate: Who Is Responsible For Employee's Actions? 🤔