Looking for the perfect job? Well, we reckon we’ve found one!

Western Australian chicken shop, Chicken Treat, is offering a $130,000 salary for a store manager, and it doesn’t stop there! On top of the attractive salary, the store is also offering the option to fly-in-fly-out for the job, performance-based bonus incentives and relocation assistance with two return flights every year.

There’s got to be a catch, right? Aside from the location (which some may love), there are none.

The company has been forced to offer the high salary for its South Hedland restaurant in an attempt to lure skilled staff amid a worker shortage. 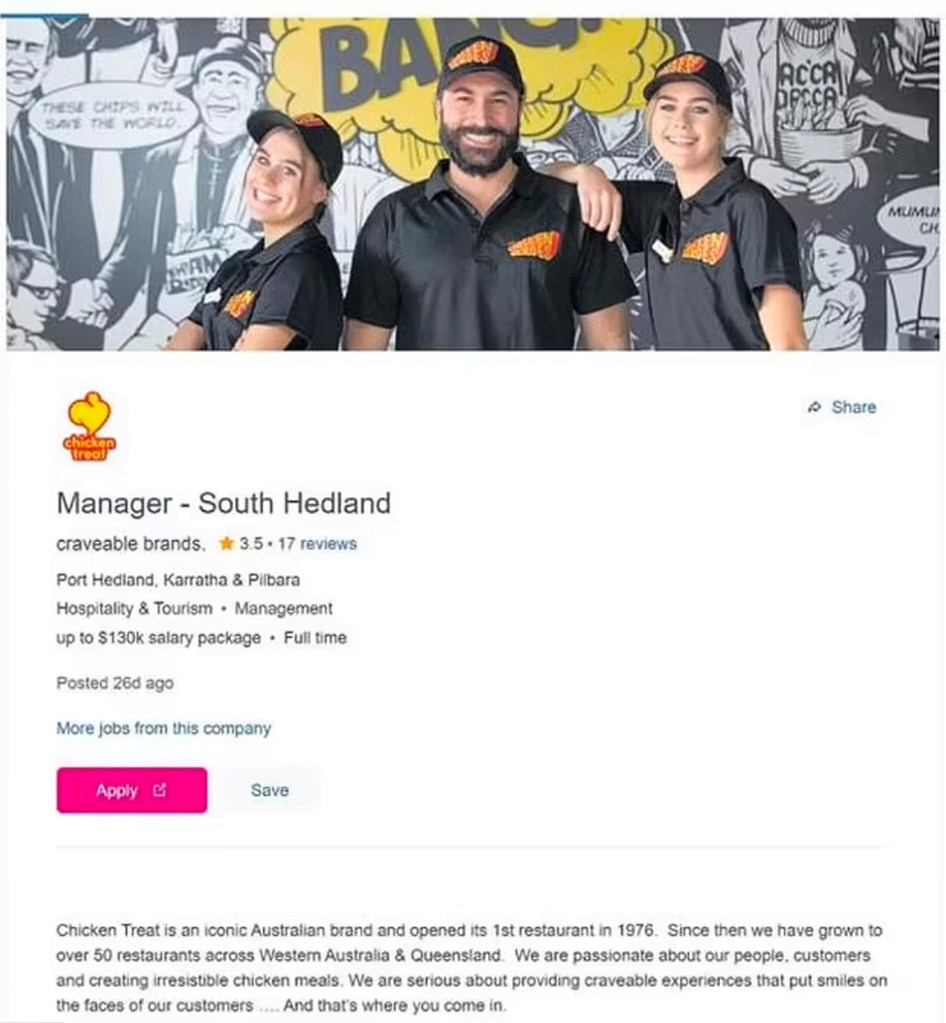 Unfortunately, the ad has since been taken down, with The West Australian confirming that the role has been filled.

However, there are sure to be other opportunities.

Western Australia has a skilled labour shortage after closing its borders to Australia and the rest of the world even after the travel ban was lifted, which has resulted in some businesses increasing their wages.

For instance, Daily Mail reports that The Good Cartel, a cafe in Broome, offered a series of jobs including a barista position paying more than $92,000.