Samuel L. Jackson once said “I’ve had it with these motherf***ing snakes on this motherf***ing plane!” and as a generation I really think we felt that.

It’s also a sentiment shared by an unfortunate airline steward in Europe who found a snake head in their meal AFTER THEY ATE MOST OF IT! Yes, the head of a snake, in their food.

Flying from Turkey to Germany the employee made the discovery at the bottom of their meal of ravioli and leafy greens. The airline has suspended it’s catering company (thank god). Seriously though, look at these photos… 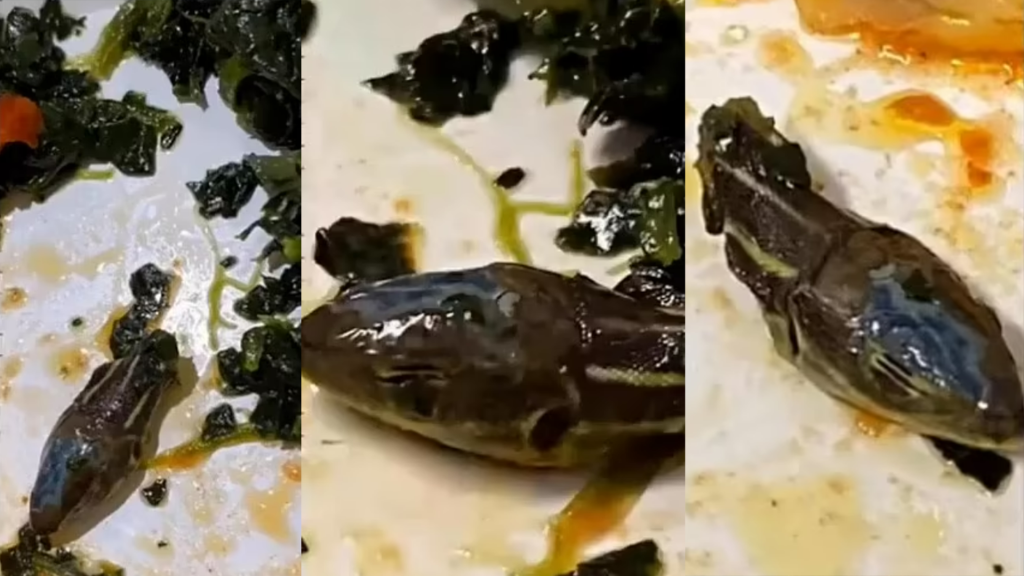 We’re yet to hear an official statement from Mr Jackson.

Here's one of our favourite moments from Robin Terry & Kip!
airline food snake

Hey Guys, You Can Now Ask For The 'Johnny Depp Shot'

Treat Yo Self This 'World Tequila Day'

The Most Iconic Maccas Sauce Is BACK!